Click here to watch my interview of Gary Taubes on YouTube!
(Video opens in a new window)

Insulin's anabolic effect is not just limited to fat tissue. It does a lot of other…

Yea, but you'll get that anabolic effect from the protein in the diet as well. In fact, one argument..

What's interesting is if you do want to eat a ketogenic diet and you workout a lot, the knee-jerk tendency is to assume 'because I workout a lot I need a lot of protein in the diet', and then the protein brakes down into amino acids, some of which are converted to glucose which stimulate insulin secretion.

So if you actually want a ketogenic diet you have to lower your protein intake as well. And that's why it becomes a high fat diet, rather than a high protein and high fat diet. But when it actually gets into the minutia of exercise physiology, that's not my area of expertise.

I was just curious about how that [insulin] had other effects. Especially, because as far as the health implications of the diet more than just losing 20 or 40 pounds…

Or a hundred or 200 or more, as is the case for some people. A lot of the other effects, which are blamed on fat, like heart disease, diabetes, and cancer, especially. I'm just more aware of cancer because people in my family have had cancer. 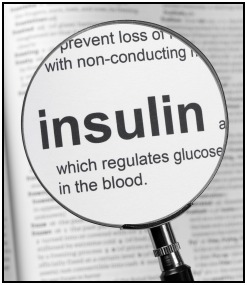 Well, that's what - the argument that we're looking at here is that all these disorders are associated with obesity and diabetes. So if you're obese or diabetic, type II diabetic, then you have in increased risk of heart disease and of cancer and of alzheimers, apparently, and so they all have very strong links to insulin, and insulin resistance.

And the argument is, again, that by keeping your insulin levels as low as possible you minimize your risk of these cancers. And this could conceivably explain, again, why isolated populations that ate their traditional diets didn't get cancer, not nearly at anything like the rates we do today, and it's because they weren't eating refined grains and sugars and jacking up their insulin levels and (sort of) promoting tumor growth, or tumor genesis.

So I can make an argument that the ideal cancer prevention diet is a very low carbohydrate, high fat diet. Is there clinical trial evidence to support that? No.

That's a difficult study to do. That takes a lot of money, because… when you're talking about things like cancer, it takes a long time to get cancer so you need a lot of people in the study and you have to follow them for a long time, and now you're talking hundreds of millions of dollars…

Yea, and it's difficult to do the studies right.

Again, it's arguable that that's the healthiest diet. And I've met cancer researchers who have told me that they're on, in effect, an Atkins like diet. It's not because they have to lose weight, but because they don't want to get cancer.

So being on that sort of ketogenic diet… what level of carbs do you think is healthy? You were saying earlier that fruit, you're not so hot on some kinds of fruit. But…

Yea. And again, this is where it gets into questions that… it depends. One of the ideas that's sort of inherent in this whole low carb/paleo diet world is it goes along with self experimentation. So you find out what level works for you, that keeps you lean and keeps you healthy and your heart disease risk factors under control. But you're content within, perhaps, depending on the kind of exercise you do, you might decide to up carb intake. I don't know if it's actually necessary, but people believe it is.

So, you know, again, if you're a hundred pounds overweight then you're looking at a different situation than if you're 15 pounds overweight, or if you are completely happy with your weight but you want to live the healthiest possible lifestyle.

So, again, those numbers are going to differ for everyone. One of the things that I'm always curious about is, "Do you have to actually be in ketosis?" Do you have to eat less than, like, 50 grams of carbs a day and 100 grams of protein, or, for some people, is that necessary to lose weight? If so, what proportion of the population is that?

We don't know the answers to that. Although those are easier studies to do than the, well, how do you prevent cancer studies.

I see. Do you know how insulin itself effects irisin and leptin, 'cause the more I've personally been looking at this there seems to be this conglomeration of hormonal actions that influence each other. Obviously we can directly control insulin to a degree we can't with others.

Well, it's actually conceivable that we can directly control leptin, that leptin responds to carbohydrate restriction quicker than insulin does. That's an argument that Ron Rosedale has been making, and he may be the only one out there who's measuring leptin, at least on ketogenic diets, and seeing how it responds.

It is this kind of, I don't know if the word 'conglomeration' captures the sort of intricate, complex dance of hormones.

Yea, I think of it as this almost incomprehensibly complex web and you pull a little bit here, and it moves a little bit there, and… Yea insulin, or insulin and leptin, are things we can control through our diet.

So, you know, at some level leptin is secreted in response to insulin, and the blood sugar being moved into, as I understand it, being moved into fat cells by elevated levels of insulin.

How that feeds back on insulin secretion, and it does, and on insulin sensitivity, is something I would like to try to understand, but I'm not sure the papers are clear enough. At the moment I don't have the time, it's that simple.

• Click here to leave 'Low Carb Diet and Exercise: An Interview With Gary Taubes, Part 2' & go back to the Home-page!