Why We Get Fat:
An Interview With Gary Taubes
- Part 3 -


Click here to watch my interview of Gary Taubes on YouTube!
(Video opens in a new window)

Yes. So, is there any evidence, because I know that is some mouse trials they have used ketogenic diets to extend life, the lifespan...

Well the argument is… How does calorie restriction extend lifespan? Most researchers believe it does this, in effect, by surpassing the insulin like growth factor signaling pathways, and some of the other signaling pathways that feed into that, like mTOR.

So that when you calorie restrict animals it's the equivalent, in effect, to carbohydrate restricting humans. With animals, putting them on ketogenic diets gets a little more tricky because they would have consumed mostly low fat diets through their evolutionary history, and now you're loading them up with fat you get other phenomena that occur from that.

What I'm suggesting in my books is that the benefits of calories restriction in animals would be mimicked in man by carbohydrate restriction, just suppressing insulin and IGF as far down as it would go. But if we are going to de-accelerate aging by doing that, then I'd better start seeing effects soon. Or getting more sleep, one or the other.

One last question. Based on your personal experience, and what you've read, if somebody wanted to start a ketogenic or a low carb diet, do you think they should taper down, or just completely switch, or…

That's an interesting question, and again it depends on the individual. I do tend to think of this in terms of cigarette smoking, because I used to be a smoker. On one level you could argue that I tapered down for a decade before I successfully quit. And in fact I went from smoking cigarettes to little cuban cigars that I would only smoke four a day, even though it had the nicotine of, like, three packs of Marlboro's. 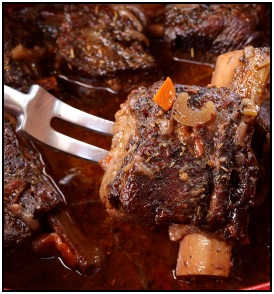 It could just be that the easiest thing to do would be to give it all up. In this day and age you would never tell an alcoholic to 'taper down', I mean alcoholics try to do that all the time. It's usually, "I'm trying to quit. I'm only drinking wine these days", and it invariably fails.

As a former smoker I tapered down, like I said, for decades before I finally quit. But eventually you just have to go cold turkey

Again, I could argue it either way. I have a friend, a colleague, that thinks tapering down is the way to do it because that's how he did it. But I could argue that cold turkey may be correct for everyone else. Had he tried cold turkey, it might have worked equally well.

This is the kind of thing - if we ever win this battle, we get the medical research establishment to accept that it's carbs that are the problem, all those psychologists who are right now trying to get obese people to eat less and exercise more could actually be put to use trying to do studies to figure out what are the best ways to restrict carbohydrates, and to ameliorate the psychological side effects of doing this.

The dependency, yea. All those people who study addiction, instead of thinking about it as food addiction, could think about it as carb addition, or sugar addiction. And actually do something useful. [rolls eyes and wryly smiles]

All right. Gary, thank you so much for your time.

• Click here to leave 'Why We Get Fat: An Interview With Taubes, Part 3' & go back to the Home-page!