Mark Sisson runs the blog MarksDailyApple.com, a site that promotes a pale/primal diet and exercise approach to life. He also happens to have written 5 books about paleo lifestyle and health, and is a former triathlete, distance runner, and Ironman competitor.

Mark's blog shares delicious recipes with lots of saturated fat (gasp!), as well as lots of exercise and primal diet information that goes against 'conventional' health wisdom. And a surprising number of people have gotten healthy following his health ideas. Or perhaps not so surprising. 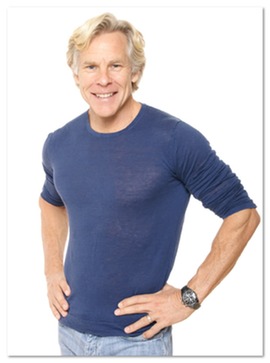 Mark's flagship book is The Primal Blueprint, where he shares his ten 'laws' of primal diet, exercise, and living. He also introduces Grok, his fictional paleolithic guy who embodies Mark's primal laws.

In this interview we discuss what he thinks is most important for primal diet, exercise, and living. And how a primal diet of fruits, vegetables, and lots of dead animals is actually good for you!

How did your exercise background lead you to the Paleo/Primal 'side'?

Simply put, my training was killing me. I was a nationally-ranked marathoner for years, later a triathlete (placed fourth at one of the first Hawaii Ironmans), and the perfect image of health and fitness: lean, fast, with stamina for days. And yet despite all that, I was a wreck on the inside. I had tendinitis and arthritis, plus scores of other niggling body pains, from the 100+ weekly miles I put in. I had irritable bowel syndrome from all the grains I had to eat to fuel my efforts. I got sick every few weeks, like clockwork, because my immune system couldn’t keep up with the training load on such a poor, grain and sugar-heavy diet.

I realized I was doing something wrong. I realized that life shouldn’t be about the clock or the miles, that my training shouldn’t rule my every waking moment. I realized that being sick (yet “fit”) all the time was no way to live. And I started thinking that maybe, just maybe people weren’t “meant” to run 26.2 miles at a crushing pace dozens of times a year. I basically decided to reexamine my previously held-convictions about diet and fitness.

Since I was a biology major with a lifelong penchant for studying evolution, my search took me through the anthropological literature. It made intuitive sense that however our ancestors lived for tens of thousands of years would be helpful in determining how we - today - should do things. I read the literature, boned up on current nutritional science, and found that what I’d figured was true all along was probably not. I started applying these evolutionary health concepts to my own training and diet, got incredible results, and the rest is history. Now, I’m always refining, always reading, but the evolutionary foundation has proved to be pretty resilient.

Why are sleep, play, and sunlight essentials in your Primal Blueprint guide?

All three are pleasurable, for one. A good night’s sleep is one of life’s simplest pleasures, play is fun by its very definition, and the sun feels good on your skin (just ask a sunbathing cat!). Pleasure is important for quality of life, because, well, it’s pleasurable! It feels good to engage in pleasurable things.

But sleep also restores us. It promotes insulin sensitivity, muscle building, fat burning, and mind quickening. A lack of sleep disrupts our glucose tolerance, hampers our gains in the gym, affects our cognition, and leads to dysregulated circadian rhythms, which govern metabolism and even resistance to cancer. 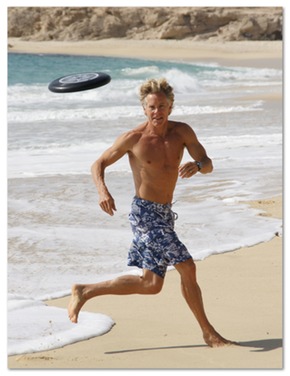 Play is the foundation. It teaches us how to move through the world, how to handle social interaction, how to throw a ball (or a spear), how to comport oneself in both conflict and accord. Play can trick you into exercising without you knowing it. It can sharpen your mind and make - or keep, if you never stop doing it - you young. I for one train so that I can play.

Sunlight provides vitamin D as well as a host of other biochemical compounds that our skin makes in response to UVB. Vitamin D plays vital roles in immunity, cancer and heart disease prevention, bone maintenance, sex hormone synthesis, and overall mortality. In short, it’s required for all your systems to run smoothly.

We don’t get enough of all three, and people tend to discount their importance in health and happiness, which is why I always stress their inclusion.

Why are grains bad? And are they really that bad?

Grains are plant babies. If the grain becomes healthy, nutritious food for some animal somewhere, that plant will fail its prime directive: to spread its seed and reproduce. Thus, a plant must protect its grain from consumption. Since it has no feet or claws or teeth to flee, fight, or bite, the grain must instead employ chemical defenses to dissuade consumption. These defenses - harmful plant proteins like lectins and gluten, as well as mineral-binding phytic acid - cause acute intestinal permeability and negatively affect digestion in those animals who eat it.

Over time, intestinal permeability will increase systemic inflammation, allow the proliferation of undigested proteins throughout the body, and even trigger autoimmune diseases. Now, some animals have developed counter-measures to the anti-nutrients found in grains - birds, for example - but we humans generally have not.

Grains are also a nutrient-poor, carbohydrate-dense source of calories. If it’s carbs you want, you can get them from roots or tubers or fruit, all of which are considerably more nutritious without the same anti-nutrient load.

Some grains are worse than others. Wheat, barley, and rye contain gluten and are pretty pernicious, while something like white rice is almost pure starch with no significant anti-nutrient load.

• Click here to leave 'Interview With Mark Sisson on Primal Diet and Fitness, Part 1' and go back to the Home-page!